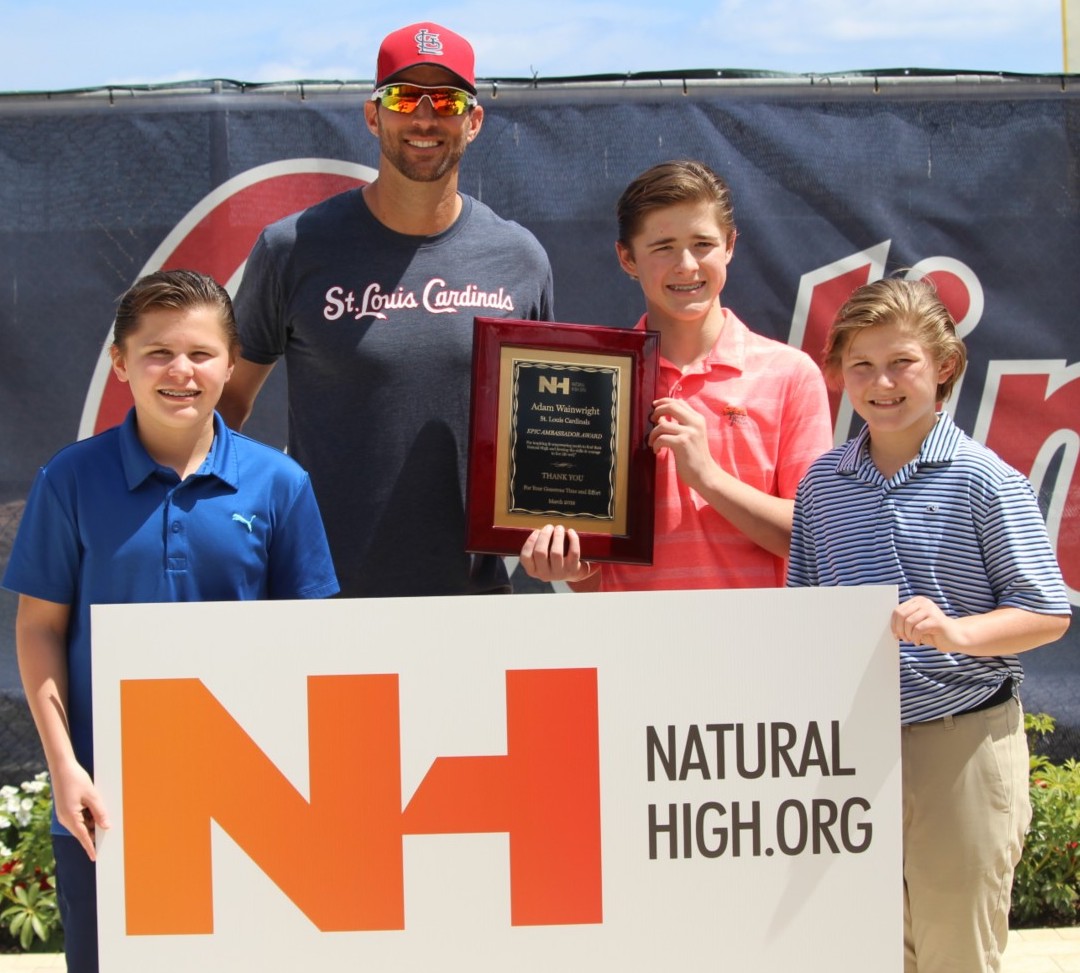 San Diego — Since the late 1990’s, when what is now a full-blown opioid  epidemic is believed to have taken root, tens of thousands of educators nationwide have increasingly turned  toward guiding their students to cultivate “natural highs.” Natural highs are activities that naturally raise endorphins, instead of drugs or alcohol.

The San Diego-based nonprofit Natural High began reaching out to young people in 1997 at school assemblies – using just a slide projector. In the decades since then, as overdose deaths have skyrocketed, nearly 36,000 educators nationwide have turned to Natural High’s free online, video and print tools, which encourage teen and pre-teen students to raise their own endorphins. And as the overdose death rate has shown a steep increase in the last four years, so has educator-reliance on Natural High resources. 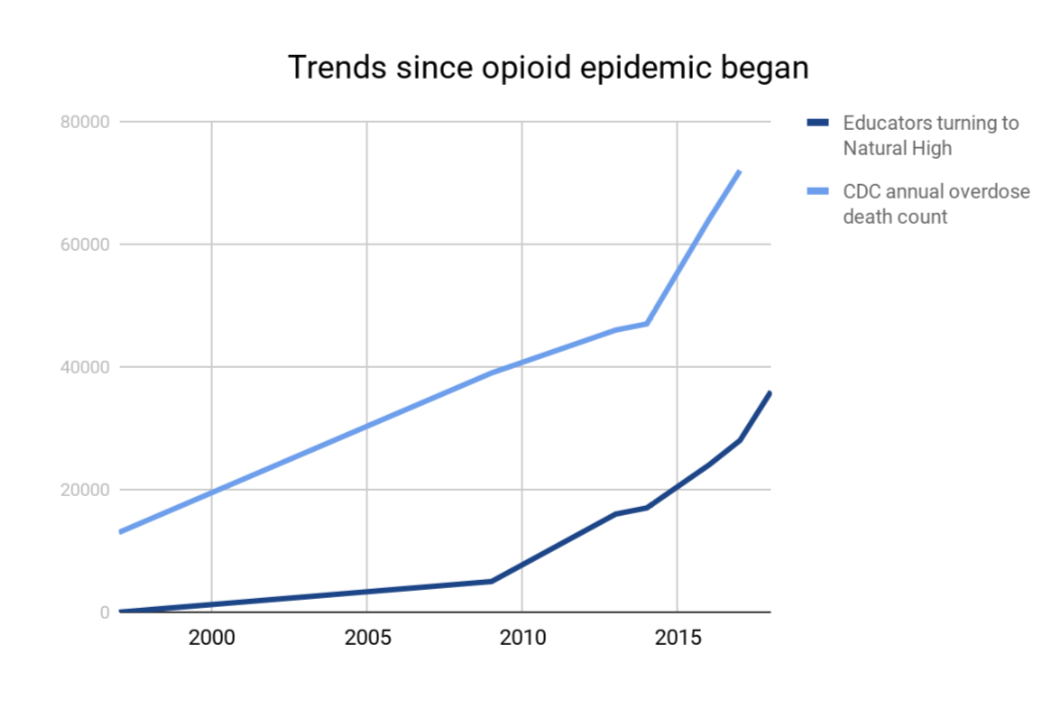 This trend was identified on the heels of the Centers for Disease Control’s release last week of its latest data showing 2017 to be the worst year yet for drug overdoses – 72,000 – since the opioid epidemic took root in the late 90’s.

Natural High seeks to engage adults who can help young people find their ‘Natural High’, including the skills and courage to avoid drugs and alcohol and live life well. Natural High brings some 40 celebrities and counting – like professional skateboarder Tony Hawk, surfer Bethany Hamilton, and fashion designer Lauren Conrad – to young people to talk about the highs they get through sports, art, entertainment, fashion and otherwise, and how it feels to live drug-free.

In addition, Natural High materials are designed to help students themselves to go on to discover and live their own passions, whether that is art, sports, religion, music or environmental causes, or other healthful pursuits. Along with showing free celebrity videos to their students, teachers can also take advantage of free online discussion guides and hands-on exercises.

“It is common sense that to ward off addiction, we must give young people something better,” said Natural High Founder Jon Sundt, who lost two brothers to drug addictions, and is an active surfer. “We harness the combined power of celebrities, mentors and educators to dramatically influence young people to make healthy life choices.”

The organization also reported that nationwide, among the states that claim both some of the highest 2017 rises in overdose deaths and the largest concentrations of people who have tapped into Natural High are:

Research out of Iceland – considered the best example in the world of wide-scale success in curbing addiction – shows that if young people discover their passions and are directly engaged in a compelling way by people they look up to and trust, they are more likely to make positive life choices and much less likely to choose drugs and alcohol.

“Recently the drug epidemic at my school has increased, and is continuing to do so,” said an anonymous high school junior using Natural High. “I honestly believe that the only reason I don’t fall into that group of people is because of you guys… you have truly directed my life in the right direction; this is an absolutely amazing, life-changing program.”

Some 85 percent of youth participating in the program reported that having a natural high will help fight the temptation to use drugs or alcohol, according to a 2014 impact study by Harder + Company Community Research. Natural High was launched in 1994 (originally as the Sundt Memorial Foundation).

Sign Up For Our E-Newsletter
The Natural High Essentials

How To Talk To Your Kids About Drugs and Alcohol